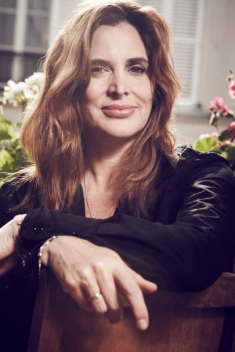 Janine di Giovanni is a Senior Fellow at Yale University’s Jackson Institute for Global Affairs, a columnist at Foreign Policy and The National in Dubai, and an award-winning author, journalist and war reporter.

In 2020, the American Academy of Arts and Letters awarded her their highest non-fiction prize, the Blake Dodd, for her lifetime body of work. In 2019, she received a Guggenheim Fellowship. A graduate of the Iowa Writer’s Workshop, her current book, The Vanishing: Faith, Loss and the Twilight of Christianity in the Land of the Prophets, chronicles the disappearance of Christian monitories in the Middle East (Public Affairs, October 2021). The writer Salman Rushdie described it as: “A tragic portrait of a disappearing world, created with all of the great Janine di Giovanni’s passion and literary grace.”

She is the also author of the award-winning book, The Morning They Came For Us: Dispatches from Syria, which has been translated into 28 languages and was deemed “searing and necessary” by the New York Times, and shortlisted for the Helen Bernstein Prize at the NYPL. She is also the author of seven other books on war and conflict.

She is currently directing a project sponsored by the UN Democracy Fund that promotes transitional justice in Yemen, Iraq, and Syria, as well as consulting for UNICEF on gender and refugee issues.

From 2017 to 2018, Janine was the Edward R. Murrow Press Fellow at the Council on Foreign Relations (CFR) and a Professor of Practice in Human Rights at Columbia University’s School of International and Public Administration Relations. In 2017, Di Giovanni was the Middle East Editor at Newsweek reporting on international security, human rights, and transitional justice. She was the Senior Foreign Correspondent for the Times of London for many years. As a 2016 Pakis Scholar at Tufts University’s Fletcher School of Law and Diplomacy, Di Giovanni focused on international law and international security. Prior to that, she was a contributing editor for two decades at Vanity Fair where she won the National Magazine Award for Reporting, and many other awards.

Di Giovanni has reported widely on war, conflict, and its aftermath for nearly 30 years in the Middle East, the Balkans, and Africa. She has investigated human rights abuses on four continents. She is the subject of two long-format documentaries, including the widely acclaimed 7 Days in Syria and Bearing Witness. Her TED talk “What I Saw in the War” has received over 1 million views on YouTube. In 2016, she was awarded the International Women Media Foundation’s prestigious COURAGE Award.

Janine is also non-resident International Security Fellow at the New America Foundation and an Associate Fellow at The Geneva Centre for Security Policy. She is a former Ochberg Fellow at Columbia University’s School of Journalism, given in recognition of her work with victims of war trauma.

She is a life member of the Council on Foreign Relations. She carries British, French, and American nationalities and lives with her son, Luca Costantino Girodon, in Manhattan. She is a Board Member of the Institute of War and Peace Reporting and Association of Foreign Press Correspondents in the United States.

The Morning They Came For Us