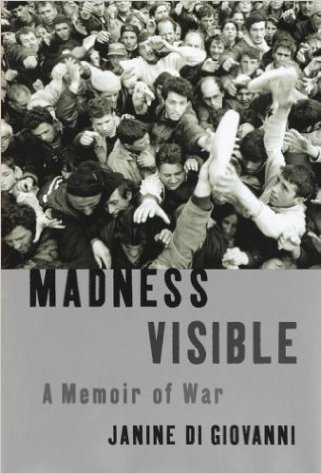 A Memoir of War

From an internationally celebrated war correspondent, a searing firsthand chronicle–told with extraordinary immediacy–of the ordeal of the Balkan people during the continuing breakup of Yugoslavia.

As a reporter for The Times of London, Janine di Giovanni found herself a close witness to the cycles of violence and vengeance in cities and villages, in refugee camps, in slapped-together hospitals, and in the homes of citizens under siege. She begins her story in May 1999 in Kosovo. The world believes the Balkan wars are over, but violence persists. She follows the arc of the war from its earliest days through the staggering experience of the people who endured it: soldiers numbed by–and inured to–the atrocities they commit, women driven to despair by their life in paramilitary rape camps, civilians (di Giovanni among them) caught in bombing raids of uncertain origin, babies murdered in hate-induced rage.

She searches for the motives of the leaders who created this hell: Slobodan Milosevic and his wife, Mira Markovic, and such crucial though less well-known figures as Nikola Koljevic, who directed the siege–and accomplished the destruction–of Sarajevo, the city he claimed to love.

Di Giovanni’s story raises profoundly challenging questions: What can cause neighbors who have lived peacefully side by side for centuries to turn against one another with mindless brutality? What becomes of survivors when the fabric of an age-old community is destroyed? How should other governments react to mass murder in a neighboring country?

Acutely perceptive, unflinching, making the madness of war visible, this is an important work of reportage from the physical and psychological front lines.

Prev: Mademoiselle Boleyn
Next: Maestros and Their Music