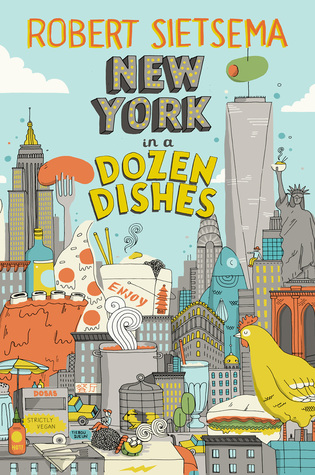 New York in a Dozen Dishes

A New York food critic’s foray through the iconic dishes that define the city, with a recipe for each.

Fried chicken in Harlem. Pizza in Coney Island. Venturing to out-of-the-way neighborhoods in search of great food has blossomed into a cultural phenomenon, drawing thousands of New York locals and tourists alike. But Robert Sietsema was the original outer-borough food explorer, and he inspired a generation of food lovers to sample ethnic dishes and other cheap eats across the city’s five boroughs over his 20 years as restaurant critic at The Village Voice.

New York in a Dozen Dishes distills Sietsema’s 40 years of eating across the city into a set of essays on dishes from a cross-section of the city’s international culinary landscape: a portrait of modern New York through its food. Written with Sietsema’s characteristic charm, chapters cover the evolution of fried chicken from women-run cafes in Harlem to hipster joints in Williamsburg, the history of New York–style pizza, and egg fu yung and the endangered “American Chinese” cuisine. Each chapter ends with a recipe.