“Robert Kanigel has written a tender paean to a lost world that called him out of his own time. On a bleak, treeless island, he unearths a buried linguistic treasure.” 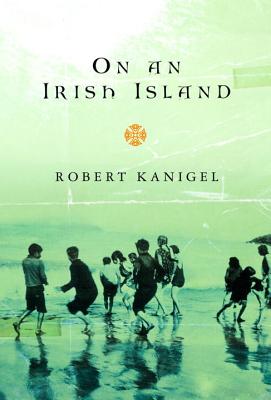 On an Irish Island

On an Irish Island is a love letter to a vanished way of life, in which Robert Kanigel, the highly praised author of The Man Who Knew Infinity and The One Best Way, tells the story of the Great Blasket, a wildly beautiful island off the west coast of Ireland, renowned during the early twentieth century for the rich communal life of its residents and the unadulterated Irish they spoke. With the Irish language vanishing all through the rest of Ireland, the Great Blasket became a magnet for scholars and writers drawn there during the Gaelic renaissance—and the scene for a memorable clash of cultures between modern life and an older, sometimes sweeter world slipping away.

Kanigel introduces us to the playwright John Millington Synge, some of whose characters in The Playboy of the Western World, were inspired by his time on the island; Carl Marstrander, a Norwegian linguist who gave his place on Norway’s Olympic team for a summer on the Blasket; Marie-Louise Sjoestedt, a Celtic studies scholar fresh from the Sorbonne; and central to the story, George Thomson, a British classicist whose involvement with the island and its people we follow from his first visit as a twenty-year-old to the end of his life. On the island, they met a colorful coterie of men and women with whom they formed lifelong and life-changing friendships. There’s Tomás O’Crohan, a stoic fisherman, one of the few islanders who could read and write Irish, who tutored many of the incomers in the language’s formidable intricacies and became the Blasket’s first published writer; Maurice O’Sullivan, a good-natured prankster and teller of stories, whose memoir, Twenty Years A-Growing, became an Irish classic; and Peig Sayers, whose endless repertoire of earthy tales left listeners spellbound.

As we get to know these men and women, we become immersed in the vivid culture of the islanders, their hard lives of fishing and farming matched by their love of singing, dancing, and talk. Yet, sadly, we watch them leave the island, the village becoming uninhabited by 1953. The story of the Great Blasket is one of struggle—between the call of modernity and the tug of Ireland’s ancient ways, between the promise of emigration and the peculiar warmth of island life amid its physical isolation. But ultimately it is a tribute to the strength and beauty of a people who, tucked away from the rest of civilization, kept alive a nation’s past, and to the newcomers and islanders alike who brought the island’s remarkable story to the larger world.

Prev: On Account of Race
Next: On Becoming Fearless: In Love, Work, and Life