“Dense, absorbing… [Wilensky-Lanford's] interest in her subject is deep, her narrative is expertly layered, and her interpretations of the seekers’ motives are more than convincing.”

— Wall Street Journal on Paradise Lust: Searching for the Garden of Eden 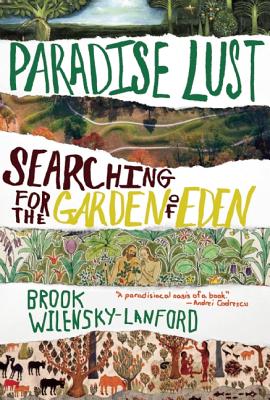 Paradise Lust: Searching for the Garden of Eden

It seems that ever since mankind was kicked out of the Garden of Eden for eating the forbidden fruit, we’ve been trying to get back in. Or at least, we’ve been wondering where the Garden might have been. St. Augustine had a theory, and so did medieval monks, John Calvin, and Christopher Columbus. But when Darwin’s theory of evolution permanently altered our understanding of human origins, shouldn’t the search for a literal Eden have faded away? Not so fast.

In Paradise Lust, Brook Wilensky-Lanford introduces readers to the enduring modern quest to locate the Garden of Eden on Earth. It is an obsession that has consumed Mesopotamian archaeologists, German Baptist ministers, British irrigation engineers, and the first president of Boston University, among many others. These quixotic Eden seekers all started with the same brief Bible verses, but each ended up at a different spot on the globe: Florida, the North Pole, Ohio, China, and, of course, Iraq. Evocative of Tony Horwitz and Sarah Vowell, Wilensky-Lanford writes of these unusual characters and their search with sympathy and wit. Charming, enlightening, and utterly unique, Paradise Lust is a century-spanning history that will take you to places you never imagined.