“A sweeping tale of tragedy, greed, betrayal, and imperialism… The depth of her research shines through the narrative, and the lush prose and quick pace make for engaging reading… absorbing.” 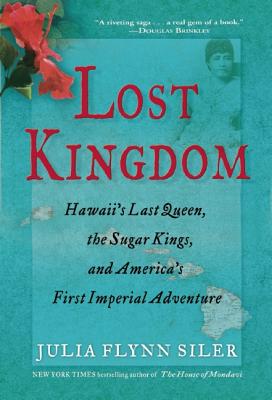 Around 200 A.D., intrepid Polynesians arrived at an undisturbed archipelago. For centuries, their descendants lived with little contact from the western world. In 1778, their isolation was shattered with the arrival of Captain Cook.

Deftly weaving together a memorable cast of characters, Lost Hawaii brings to life the ensuing clash between a vulnerable Polynesian people and relentlessly expanding capitalist powers. Portraits of royalty and rogues, sugar barons, and missionaries combine into a sweeping tale of the Hawaiian Kingdom’s rise and fall.

At the center of the story is Lili‘uokalani, the last queen of Hawai‘i. Born in 1838, she lived through the nearly complete economic transformation of the islands. Lucrative sugar plantations gradually subsumed the majority of the land, owned almost exclusively by white planters, dubbed the “Sugar Kings.” Hawai‘i became a prize in the contest between America, Britain, and France, each seeking to expand their military and commercial influence in the Pacific.

The monarchy had become a figurehead, victim to manipulation from the wealthy sugar plantation owners. Lili‘uokalani was determined to enact a constitution to reinstate the monarchy’s power but was outmaneuvered by the U.S. The annexation of Hawai‘i had begun, ushering in a new century of American imperialism.

Prev: The Lost German Slave Girl
Next: The Lost Letters of William Woolf