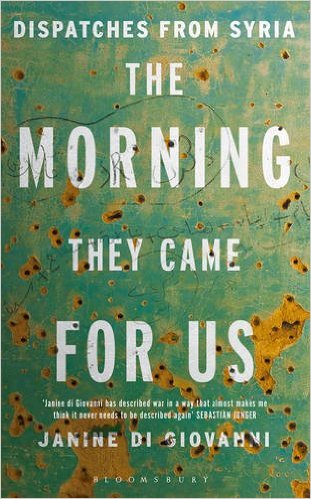 Once in a decade comes an account of war that promises to be a classic.

The Morning They Came For Us

Doing for Syria what Imperial Life in the Emerald City did for the war in Iraq, The Morning They Came for Us bears witness to one of the most brutal, internecine conflicts in recent history. Drawing from years of experience covering Syria for Vanity Fair, Newsweek, and the front pages of the New York Times, award-winning journalist Janine di Giovanni gives us a tour de force of war reportage, all told through the perspective of ordinary people―among them a doctor, a nun, a musician, and a student. What emerges is an extraordinary picture of the devastating human consequences of armed conflict, one that charts an apocalyptic but at times tender story of life in a jihadist war zone. Recalling celebrated works by Ryszard Kapus´cin´ski, Philip Gourevitch, and Anne Applebaum, The Morning They Came for Us, through its unflinching account of a nation on the brink of disintegration, becomes an unforgettable testament to resilience in the face of nihilistic human debasement.

Prev: The More They Disappear
Next: The Mosaic Principle