“The Serpent King is a book you won’t be able to resist or forget. The Southern boy in me savored every syllable and the reader in me fell in love with every page.” 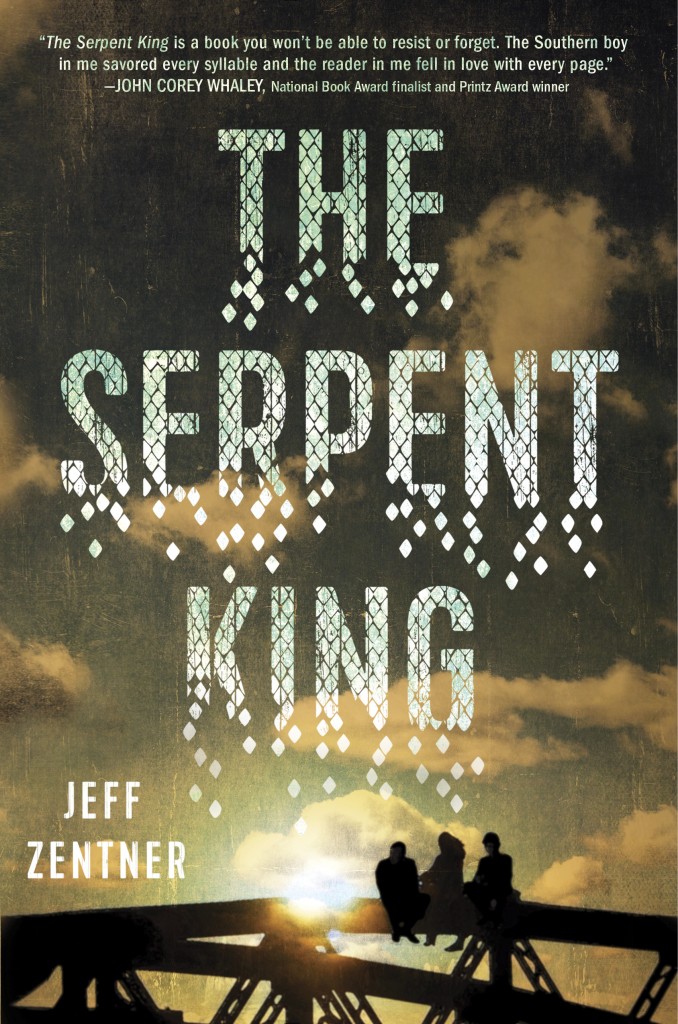 Dill has had to wrestle with vipers his whole life—at home, as the only son of a Pentecostal minister who urges him to handle poisonous rattlesnakes, and at school, as he faces down bullies who target him for his father’s extreme faith and his very public fall from grace.

The only antidote to all this venom is his friendship with fellow outcasts Travis and Lydia . But as they are starting their senior year, Dill feels the coils of his future tightening around him. The end of high school will lead to new beginnings for Lydia, whose edgy fashion blog is her ticket out of their rural Tennessee town. And Travis is happy wherever he is thanks to his obsession with the epic book series Bloodfall and the fangirl who may be turning his harsh reality into real-life fantasy. But Dill’s only escape is his music and his secret feelings for Lydia—neither of which he is brave enough to share. Graduation feels more like an ending to Dill than a beginning. But even before then, Dill must cope with another ending—one which will rock his life to the core.

Debut novelist Jeff Zentner provides an unblinking and, at times, comic view of the hard realities of growing up in the Bible belt, and an intimate look at the struggles to find one’s true self in the wreckage of the past.

Prev: The Senator's Children
Next: The Serpent's Tooth