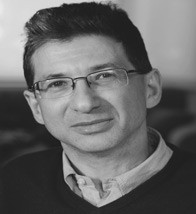 Daniel Pick, professor of history and a psychoanalyst, is leading a research group at Birkbeck exploring the history of the human sciences and ‘psy’ professions during the Cold War. He currently holds a Senior Investigator grant from the Wellcome Trust for this project, entitled ’Hidden Persuaders’: Brainwashing, Culture, Clinical Knowledge and the Cold War Human Sciences, c. 1950-1990’. He welcomes doctoral applications in that field, or in his other areas of specialism.
Daniel Pick is also a Fellow of the Royal Historical Society and the British Psychoanalytical Society. He has written features, and contributed to a variety of radio and television programmes, and online discussions, and has presented several radio documentaries for the BBC.

He was the series consultant to the 25-part BBC Radio 4 series, ‘In Search of Ourselves’ (2014). He has written on diverse topics in nineteenth-century, twentieth-century, and contemporary cultural and intellectual history, including debates on evolutionary theory, the idea of degeneration, eugenics, social Darwinism, Victorian cultural attitudes to crime and madness, psychoanalytic though on war, and militarism, dreams, the myth of Svengali, the cult of Garibaldi, Italian nationalism, the literary representation of Rome, the fear of brainwashing, and methodological problems associated with psycho-biography, and the application of psychoanalytic thought to history.