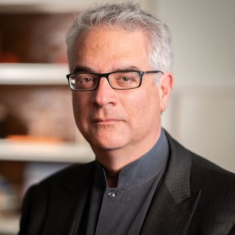 Nicholas A. Christakis, MD, PhD, MPH, is the Sterling Professor of Social and Natural Science at Yale University, with appointments in the departments of Sociology, Ecology and Evolutionary Biology, Statistics and Data Science, Biomedical Engineering, and Medicine.

Previously, he conducted research and taught for many years at Harvard University and at the University of Chicago. He was on Time magazine’s list of the 100 most influential people in the world in 2009. He worked as a hospice physician in underserved communities in Chicago and Boston until 2011.

Nowadays, he spends most of his time in the Human Nature Lab, where his team explores a broad set of ideas, including: understanding the evolutionary, genetic, and physiological bases of friendship; encouraging villages in the developing world to adopt new public health practices (working in locations in Honduras, India, and Uganda); mapping social networks in settings around the world; arranging people into online groups so that they behave better (such as being more cooperative and more truthful); developing artificial intelligence that helps humans address challenges in collective action; exploring the effect of social interactions on the human microbiome; and more. When he is not in the lab, he teaches at Yale University.