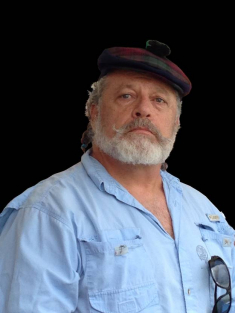 Jeff Lindsay is the award-winning author of the New York Times Best-Selling ‘Dexter’ novels upon which the hit TV show “Dexter” is based. His books appear in 44 languages around the world. Although a full-time writer now, he has worked as an actor, comic, director, playwright, MC, bouncer, teacher, columnist, TV host, singer, songwriter, composer, musician, steel worker, sportscaster, dishwasher, screenwriter, cook, detective, gardener and sailing instructor. In Hollywood, Jeff worked 4 years for Steve Allen, did improv, and led a Noh-Wave band, The Fabulous Dorx. After, he worked for 6 years as a story analyst, script doctor and screenwriter, with John Davis, Joe Dante, Mike Finell, Warner Bros, Fries Entertainment, Fox, and others, and even had breakfast with Steven Spielberg. He has taught writing and screenwriting at the university level and at many workshops around the country, and has over two dozen produced plays.