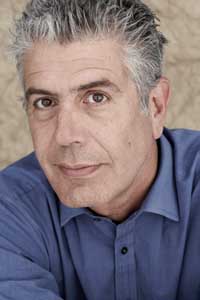 Many InkWell Authors Among NPR’s Best of the Year

Chef, author, and raconteur Anthony Bourdain was best known for traveling the globe as part of his TV show Anthony Bourdain: Parts Unknown. He established himself as a professional gadfly, bête noir, advocate, social critic, and pork enthusiast, recognized for his caustic sense of humor worldwide. He was as unsparing of things he hated, as he was evangelical about his passions. Bourdain was the author of the bestselling Kitchen Confidential: Adventures in the Culinary Underbelly, a candid, hysterical, and sometimes shocking portrait of life in restaurant kitchens that has been translated into more than 28 languages –as well as the travel journal, A Cook’s Tour, the non-fiction Medium Raw, 3 crime novels, a cookbook, a biography of Typhoid Mary, the bestselling graphic novels Get JIRO! and Hungry Ghosts, among others.

His work has appeared in The New Yorker, The New York Times, The Times of London, Bon Appetit, Gourmet, Vanity Fair, Lucky Peach and many other publications. He shared his insights about team building and crisis management with the Harvard Business Review. He was profiled by CBS Sunday Morning and Nightline, and was a guest on The Late Show with David Letterman, Morning Joe, TODAY, Late Night with Jimmy Fallon, Jimmy Kimmel Live, The Daily Show, Charlie Rose, The Colbert Report, and Real Time with Bill Maher. Bourdain joined the writing staff of HBO’s Treme in 2011, contributing to the popular drama’s restaurant storylines. He launched his own publishing line with Ecco, Anthony Bourdain Books, an imprint of HarperCollins. The first titles were released in 2013.

Anthony Bourdain: No Reservations, which he made from 2004 – 2012, was widely popular all over the world, has won three Emmy Awards, with several other nominations. 2013 saw the premiere of two new television shows hosted by Bourdain: The Taste, a cooking competition series for ABC with Nigella Lawson, the third season of which debuted in December 2014, and Parts Unknown, a travel docu-series for CNN, which won six Emmy Awards and the 2014 Peabody Award. Bourdain was awarded a posthumous Emmy in 2018 for his work on Parts Unknown, winning Outstanding Writing for a Nonfiction Program.