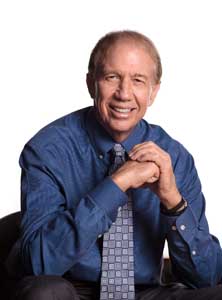 ​Jim Loehr is a world-renowned performance psychologist, co-founder of the Human Performance Institute, and author of fifteen books, including his most recent, The Power of Story. He also co-authored the national bestseller The Power of Full Engagement.

Loehr and his work have been mentioned in leading national publications including the Harvard Business Review, BusinessWeek, Fortune, Newsweek, Time, U.S. News and World Report, Success, Fast Company, and Omni. He has appeared on NBC’s Today show, ABC’s Nightline with Ted Koppel, The CBS Evening News with Dan Rather, CBS Morning News, and the Oprah Winfrey Show. He lives in Orlando, Florida.

The Only Way to Win
Prev: Kurt Loder
Next: Kathryn Lomas