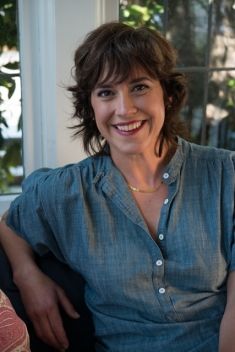 Since 2011, Sara Dickerman has worked with registered dietitian Marissa Lippert and Bon Appetit to create a yearly 2-week Bon Appetit Food Lover’s Cleanse recipe plan, and are delighted to have a book which gives readers a plan for each season and 140 recipes to enjoy throughout the year.

Before settling in as a food writer, she cooked in restaurants for many years, starting in California at Campanile and Chez Panisse before moving to Seattle where she worked at Le Pichet, The Harvest Vine and Vios. Cooking in kitchens gave her a of respect for ingredients, layered flavors, efficiency and frugality that has informed her cooking to this day.

Today her perspective as a writer is also informed by being a working mother, juggling the complexities of daily life, but still striving to bring a little drama to the table every night.

Her articles have appeared in The New York Times, Saveur, Seattle Magazine, The Stranger, Organic Life, Men’s Health, and Slate, where her writing won a James Beard Award. Along the way she has also been the restaurant critic for The Stranger, the food editor of Seattle Magazine, and a regular guest on Seattle NPR affiliate KUOW.

When she is not writing and developing recipes, she spends as much time outdoors as she can: paddling around the Puget Sound, hiking and skiing in the Cascades, and swimming long distances in nearby lakes and bays.