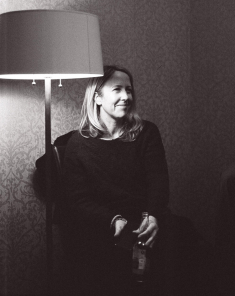 Laurie Woolever is a writer and editor, and for nearly a decade, worked as lieutenant to the late Anthony Bourdain. She has written for the New York Times, GQ, Food & Wine, Lucky Peach, Saveur, Dissent, Roads & Kingdoms, and others. In 2016, she co-authored Appetites: A Cookbook (Ecco), with Bourdain. In 2021, Ecco will publish World Travel: An Irreverent Guide, also co-authored with Bourdain, as well as Bourdain: The Oral Biography, in which she has constructed a story of his life through nearly 100 interviews with those who knew him best.

Woolever is a public speaker, have been invited to share stories and insights at Women Chefs & Restaurateurs, Bitten, IACP and at the Brooklyn Historical Society, among others. She co-hosts a podcast, Carbface for Radio, with Chris Thornton, and is an experienced recipe tester.

A graduate of Cornell University and the French Culinary Institute (now known as the International Culinary Center), she has worked as an editor at Art Culinaire and Wine Spectator, and before that was a private cook, nanny, caterer, freelance writer, busgirl, farm hand and video store clerk. She lives in New York.