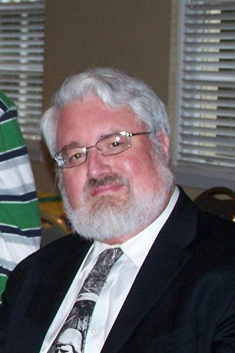 Dr. James Mahaffey (Jim) holds a bachelor of science in physics and master of science and doctoral degrees in nuclear engineering from the Georgia Institute of Technology. During a 25-year career at the Georgia Tech Research Institute (GTRI), he directed or worked on projects for the U. S. Defense Nuclear Agency, the U. S. National Ground Intelligence Center, the U. S. Air Force Air Logistics Center, Georgia Power Company, and other government and private industrial organizations, in such areas as nuclear power, non-linear analysis, digital systems design, and cold fusion. He directed a multi-million-dollar project at Georgia Power’s Plant Hatch to design and install a safety system after TMI. He left Georgia Tech to work in nanotechnology as Head of Advanced Research at Nanoventions Inc. in Roswell, Georgia, and later as Director of Technology for AIR2, a company with headquarters in Maryland. He is now a full-time writer and consultant. He has appeared on PBS NewsHour, on Georgia Public Broadcasting’s “Georgia Weekly,” and on numerous radio talk shows. Having lectured in Australia, Canada, Germany, Italy, and Ireland on various scientific topics related to his research, he is considered to be a skilled public speaker and is easy to understand, as well as entertaining.

His second trade book, ATOMIC ACCIDENTS (Pegasus Books, New York) was released in February 2014, and received Starred Reviews from Publishers Weekly and Kirkus, positive reviews from Booklist and Nuclear Street, and was the lead book in a feature review in Nature. Both Scientific American Book Club and The History Book Club purchased rights to include the book as one of their selections.

His latest trade book, and the third in the nuclear series, ATOMIC ADVENTURES (Pegasus Books, New York) was released in June 2017. All three books have been translated into Japanese and are available as e-books. ADVENTURES received a favorable review in the Wall Street Journal as well as in other publications worldwide.