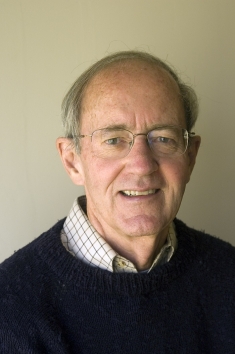 Crews was born in suburban Philadelphia in 1933. In high school, Crews was co-captain of the tennis team; and he continues to be an avid skier, hiker, swimmer, motorcyclist, and runner. Crews lives in Berkeley with his wife of 52 years, Elizabeth Crews, a photographer who was born and raised in Berkeley, CA. They have two daughters and four grandchildren.

Crews completed his undergraduate education at Yale University in 1955. Though his degree was in English, Crews entered the Directed Studies program during his first two years at Yale, which Crews described as his greatest experience because the program was taught by a coordinated faculty and required students to distribute their courses among sciences, social sciences, literature, and philosophy. He received his Ph.D in Literature from Princeton University in 1958.

Crews joined the UC Berkeley English Department in 1958 where he taught for 36 years before retiring as its chair in 1994. Crews was an anti-war activist from 1965 to about 1970 and advocated draft resistance as co-chair of Berkeley’s Faculty Peace Committee. Though he shared the widespread assumption during the mid-1960s that psychoanalytic theory was a valid account of human motivation and was one of the first academics to apply that theory systematically to the study of literature, Crews gradually came to regard psychoanalysis as a pseudoscience. Crews’ change of heart about psychoanalysis convinced him that his loyalty shouldn’t belong to any theory but rather to empirical standards and the skeptical point of view. Throughout his career, Crews has brought his concern for rational discourse to the study of various issues, from the recovered memory craze, Rorschach tests, and belief in alien abductions, to theosophy, creationism, and “intelligent design,” to common standards of clear and effective writing.