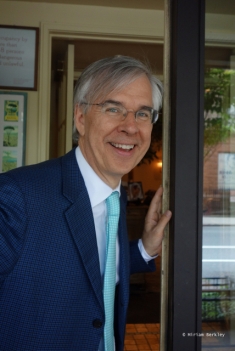 Michael V. Carlisle began his career as a secretary in the literary department at William Morris Agency. Eighteen years later he left as a vice-president to start Carlisle & Company. Born in Paris, of Russian heritage, he graduated with honors from Yale College and holds a J.D. from Columbia Law School. The son of two writers, he brings a background of international law to his career. His best-selling authors have won the Nobel Prize for Literature, Pulitzer Prizes, The Man Booker Prize, the National Book Award, the National Book Critics Circle Award (fiction and non-fiction), the Templeton Prize, the British Book Award, LA Times Book Awards, the PEN Award for first non-fiction, the NAACP Image Award for Literary Fiction, and the PEN/E.O. Wilson Literary Science Writing Award; one even has an asteroid named for her. A former director of the AAR, a not-for-profit organization of independent literary and dramatic agents, and a member of PEN, and the Council on Foreign Relations, Michael heads the non-fiction program at the Squaw Valley Community of Writers and serves on its Board of Directors. He also serves on the US Advisory Board of The London Book Fair. Photo Credit: Miriam Berkley