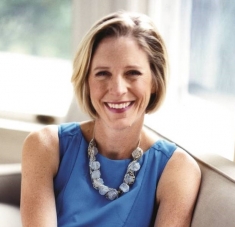 Kristin van Ogtrop, the former editor-in-chief of Real Simple, has joined InkWell Management as a literary agent. Under her stewardship, Real Simple became the #1 American women’s lifestyle magazine brand with a print and digital reach of 25 million and was nominated for 15 National Magazine Awards. Kristin’s blog, “Adventures in Chaos,” was nominated for a Media Industry Newsletter “Best of the Web” award, and in 2014, she was named by Fortune magazine as one of the “55 Most Influential Women on Twitter.” She is a contributor to the New York Times bestseller, The Bitch in the House and the author of Just Let Me Lie Down, published by Little, Brown. As an agent, she represents memoir, commercial women’s fiction, humor, lifestyle and big idea books driven by counterintuitive thinking.